Brands that did Women’s Day right

Discounts on spa services, special offers on makeup, greeting cards with empty messages — every year, brands employ these tired tactics on International Women’s Day. In 2018, however, things had to be different. Why? Last year, as sexual harassment accusations broke against one of Hollywood’s most powerful men, it unleashed a wave of outrage. The #MeToo and #TimesUp campaigns were a result of that fury, bringing widespread gender stereotypes, sexual harassment, and workplace inequality to the forefront. So this year, thanking women for their care, lauding their ‘sacrifices’, or praising their beauty just wouldn’t cut it.

This has given brands a chance to use IWD to launch thought-provoking, meaningful initiatives to assert that women are equal, powerful, and resilient enough to rise above prejudice. Let’s look at five brands who did just that.

“Why have there been so many male presidents, but so few women?”, asks a little girl dressed as a politician in Vodafone’s short film for IWD, 2018. In the same vein, little girls portraying mothers, engineers, and directors, ask piercing questions on gender inequality. What’s so refreshing about this short, yet powerful film, isn’t just the tough questions being asked — it’s the refreshingly different portrayal of little girls, their innocence and intelligence. These were effectively used as a vehicle to spark a debate about the roles women are ascribed, often unfairly.

Until We All Win: Nike

Released in the midst of the 2018 Oscars, this video includes a series of clips that show Serena Williams dominating tennis courts over the years. In a powerful voiceover, Williams lists the sexist criticism she has heard over the years. There’s no mistaking her message, as she talks about the misogynistic fault-finding she has dealt with throughout her career. In a clip that commands your attention, Nike and Serena do a brilliant job of emphasizing an essential fact: that a woman can be whatever she wants to be. 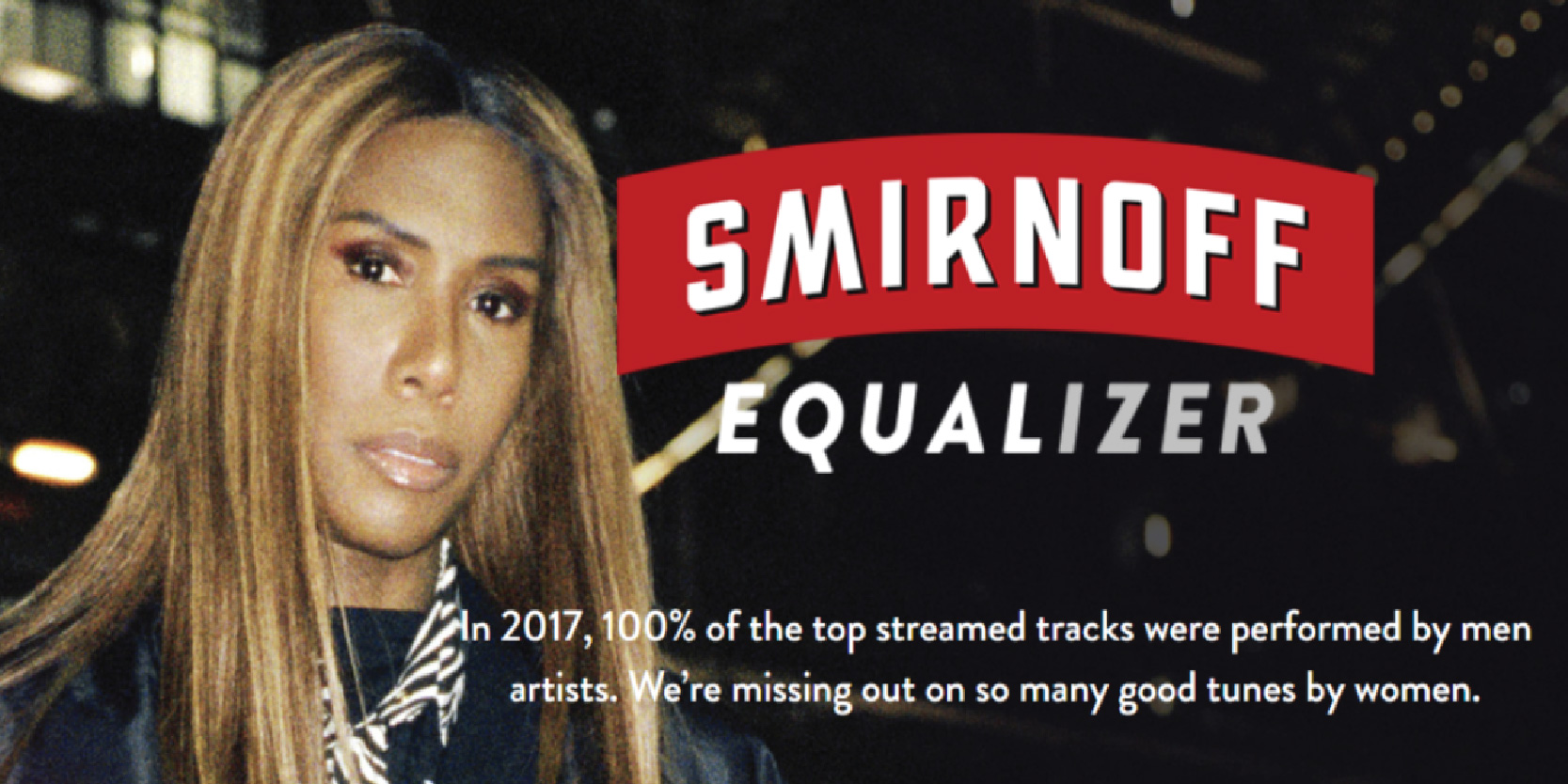 In 2017, Spotify revealed that none of the top 10 most-streamed tracks of the year were by women. So on IWD, Smirnoff and Spotify launched an Application Programming Interface (API), called Smirnoff Equalizer, that reveals the ratio of male to female artists a user has listened to in the last six months. This initiative gives music lovers an innovative platform to analyze their gendered listening habits, and maybe even some inherent biases. Most importantly, it creates a perfect platform for the expression of women’s voices, in more ways than one.

In a beautiful short film shot in the city of Kolkata, we follow the journey of a little girl, Paro, who discovers her talent for storytelling. The film has a nostalgic, almost old-world vibe that takes the viewer back to his or her childhood. With this simple, moving, and relatable tale, HP hits the mark here, by subverting the common representations of little girls —  encouraging the celebration of talent.

This compelling video starts off with common, sexist questions asked to female celebrities —  eg. “were you able to wear undergarments?”  Popular slam poet Pooja Sachdeva then uses this as an entry point to talk about the blatant sexism in sport. Highlighting the sexism female athletes constantly face (“Who’s your favorite male cricketer, Mithali Raj?”) she underscores issues faced by women in sports, such as unequal pay and limited media attention. Slam poetry has become increasingly popular in recent years, especially among millennials — and Adidas capitalized on this trend to effectively bring forth the important issue of gender discrimination in sport.

These were the Women’s Day campaigns that checked all the right boxes. Underlying each of these five campaigns is a key message, more relevant now than ever before  — that females are a force to be reckoned with. That woman can do, be, and achieve anything they put their minds to. These brands are sparking a revolution, one campaign at a time.