Let’s move on from gendered marketing 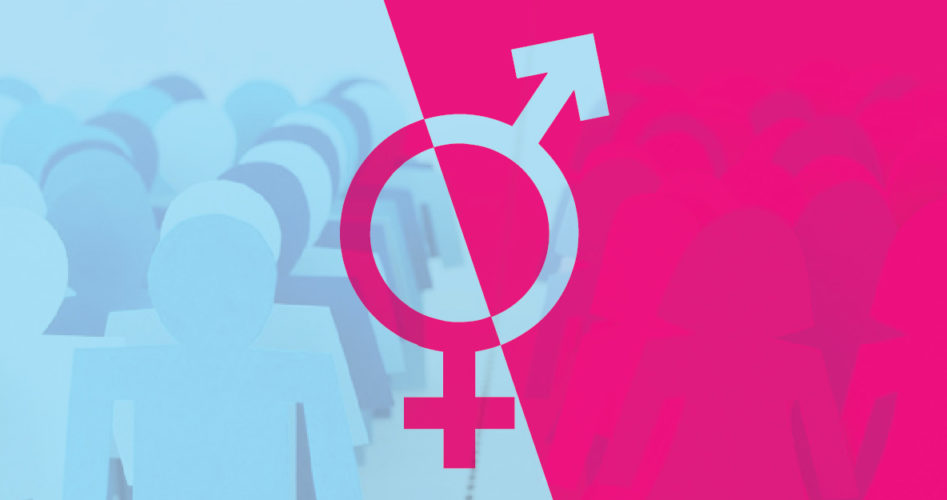 Marketers today, in an attempt to widen their consumer base, create ‘for men’ and ‘for women’ versions of the exact same product. And from colors to taglines, both are marketed very differently. Take razors for instance – most of us would agree that all razors function the same way. But women’s razors are unnecessarily styled slimmer and in pastel shades — additions like ‘curve hugging’ blades and ‘moisture strips’ also make them more expensive than the ones men use. But razors are just the tip of the iceberg. Even everyday commodities like pens are marketed differently to men and women. A few years ago, the stationery brand BIC released a range of pens… for women! These were described as having a ‘sleek pen silhouette’ and ‘jeweled accents, quickly becoming the subject of intense ridicule.

Further, certain products (read: energy drinks, diet sodas) are also marketed exclusively to either men or women based on whether they are perceived as ‘masculine’ or ‘feminine’.  A study published by Health Psychology suggests that the more a man buys into masculine ideals, the more he believes that energy drinks make him manly. On the other hand, soda companies have traditionally marketed their ‘diet’ variants to young women, capitalizing on their insecurities about weight. However, diet drinks are now being marketed to men as well – but as ‘zero calorie’ beverages as men perceive the word ‘diet’ as feminine.

Now, don’t get us wrong. It is true that certain products need to marketed to a certain demographic – like sanitary napkins to women – but the marketing industry has exploited gender stereotypes for far too long. Cornflakes, for instance, will almost always depict a mother serving her son; we’ve all seen the classic image of a ‘mother’ or a young boy holding a bowl. And perhaps it used to be true that  the woman who stays home has the primary responsibility of child care; however, it’s 2018. Stereotypes are being questioned and gender roles are evolving. Why not have an advertisement with a husband and wife enjoying a bowl of cornflakes before they both go to work? Or maybe the  husband and wife making breakfast for their kids together? And while we’re at it, let’s remember that little girls like cornflakes too.

The advertising industry is one that has immense influence over consumers. And reassessing gender in marketing isn’t just a social responsibility — it’s also good for business. A recent Fawcett Society survey of 8,000 adults found that consumers no longer want to be boxed in by retailers on gender issues. Respondents, especially younger demographics, called for an end to the marketing of products specifically towards males or females, arguing that this enforced gender stereotypes. According to a report by the Innovation Group at J. Walter Thompson, 56 percent of consumers between 13-20 say that someone they know uses gender-neutral pronouns, significantly more than the 43 percent of millennials who do. Gen Z  will account for 40 percent of all consumers by 2020, so the marketing industry can’t afford to ignore their opinions.

However, change is on its way — in 2016, international cosmetics giant CoverGirl appointed a male ambassador for the first time in the company’s history. A controversial move for some, but it shouldn’t come as a surprise. We’re recognizing that individuals can choose their gender identity, and some individuals may not agree with the gender they were assigned at birth. In the midst of this shift, makeup no longer remains a woman’s domain. Earlier, in 2015, discount retailer Target decided to eliminate gendered labeling in several store departments —  a welcome move, considering we can no longer tell individuals what clothes to wear, which shower gel to use, or toys to play with based on their gender. Closer home, Havells was one of the few brands to get gender right. A series of advertisements for its home appliances used sarcasm and humor to assert that women aren’t just trophy wives that happen to take care of the home. In 2016, Nike’s first India ad celebrated women in sport. The ad included an electrifying soundtrack complementing the powerful women it featured. It was a revolutionary move, a major sports brand finally acknowledging that sports was never meant to be just a man’s world.

We still get it wrong though. Ads that attempt to break stereotypes often end up reinforcing them. Take for instance, an Airtel ad where the wife is shown as the boss at work, but still goes home to cook for her husband, proving that she’s still a good homemaker. However, all is not lost. As a race, we’re slowly realizing that women are more than their bodies, that gender could mean so many different things, and that individuals are so much more than their gender identities. So, change is on its way, albeit very slowly.

Shamolie Oberoi
Internal Communication: The Backbone of any Organization
Want to increase your sales? Get started with Predictive Analytics.