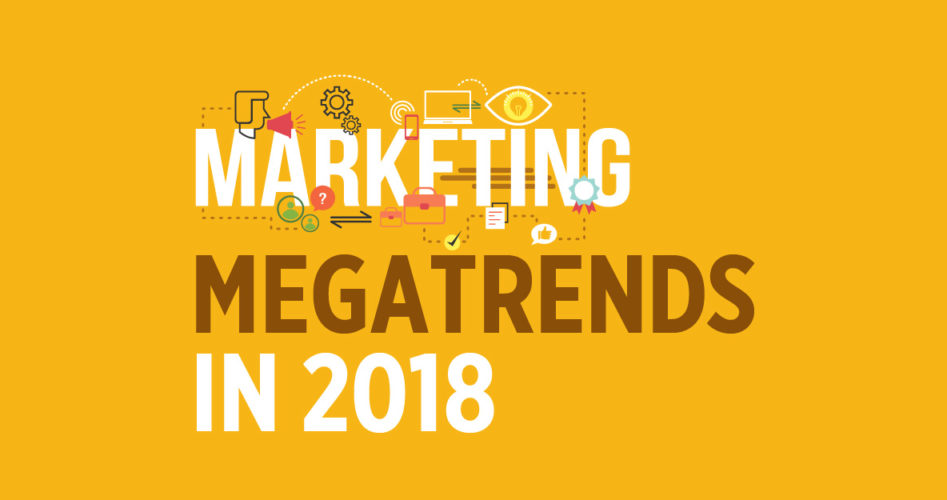 As 2018 begins after a much deserved holiday downtime, there’s this curiosity to know what possibilities, challenges, and opportunities the year holds for the marketing industry. Here’s a look at the marketing mega trends in 2018 that we believe are here to redefine the space for good.

According to a research conducted by The Economist Group, 79% of users prefer to buy from a company that functions with a social purpose. The same research showed that 83% of junior staff prefers to work for an organization that operates for a social purpose.

Purpose-driven brands such as 3M, Google, and Chobani have proven that the best way to make money is by putting ‘purpose before profit’ and supporting the interests of all stakeholders. To be successful and sustain that success, it is imperative to have a ‘brand purpose’ because it reveals the ‘why’ of your business and tells your customers what makes you unique.

If your brand purpose makes a positive impact, people are more likely to buy your products or services. For instance, Starbucks has been striving towards 100% ethically sourced coffee and participating in community service besides launching a climate change strategy.

If your brand purpose is honest and resonates with the customers, you could well be their hero! For example, Heineken’s ‘Moderate Drinkers Wanted’ marketing campaign deals with some serious issues related to alcohol consumption and prods both the consumers and the industry to promote ‘responsible drinking’. 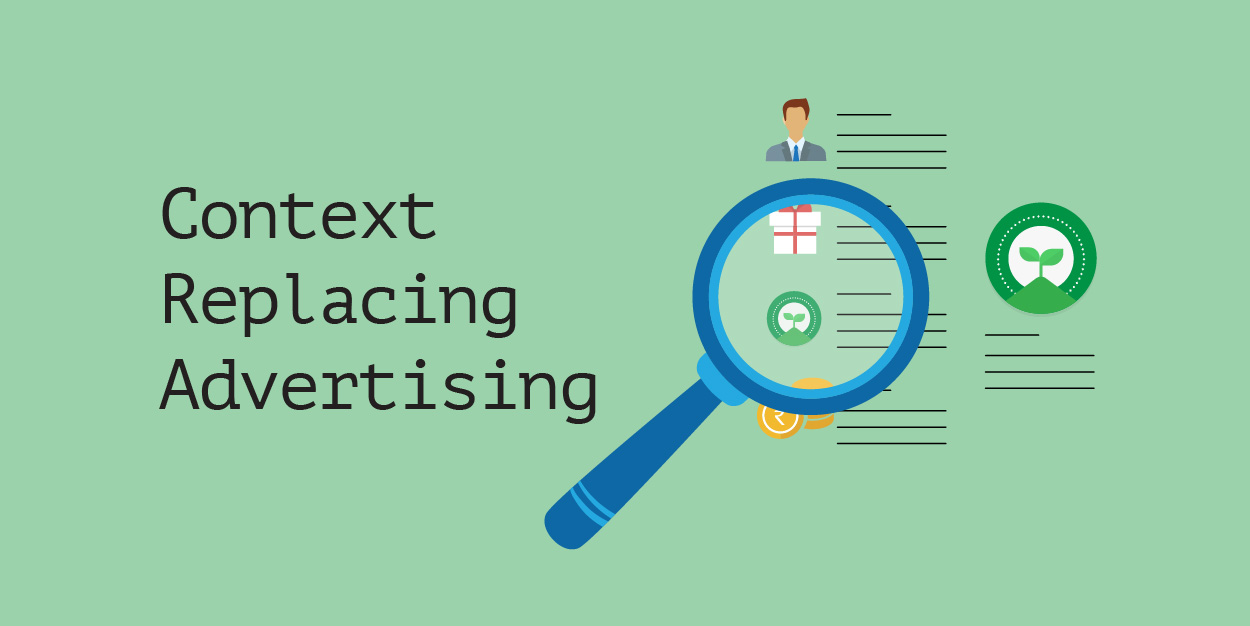 Traditional advertising is dying a certain death. The proof? Over 600 million consumers worldwide are using ad-blocking technology today. Consumers today want something better than the ‘one-way’ communication of advertising.

‘Context’ is slowly but surely replacing advertising. Tesla spent as little as $6 per car in advertising, less than 1/190th of the ad cost of its closest competitor, and outsold them by three times. While Mercedes Benz was busy persuading the world to buy their cars, Tesla was having a direct conversation with its consumers about living fossil-fuel free.

Similarly, short-term rental site Airbnb sent its messages to Craiglist users looking for a room and solved the problems of its users in a timely manner and in a way acceptable to them. The engagement was honest, native, personal, and purposeful. To put things in a perspective, Airbnb’s target is to book over 100 million stays in 2017 within an ad budget of $23.5 million, while Hilton Hotels is looking to book over 140 million stays on an advertising spend of $188 million. 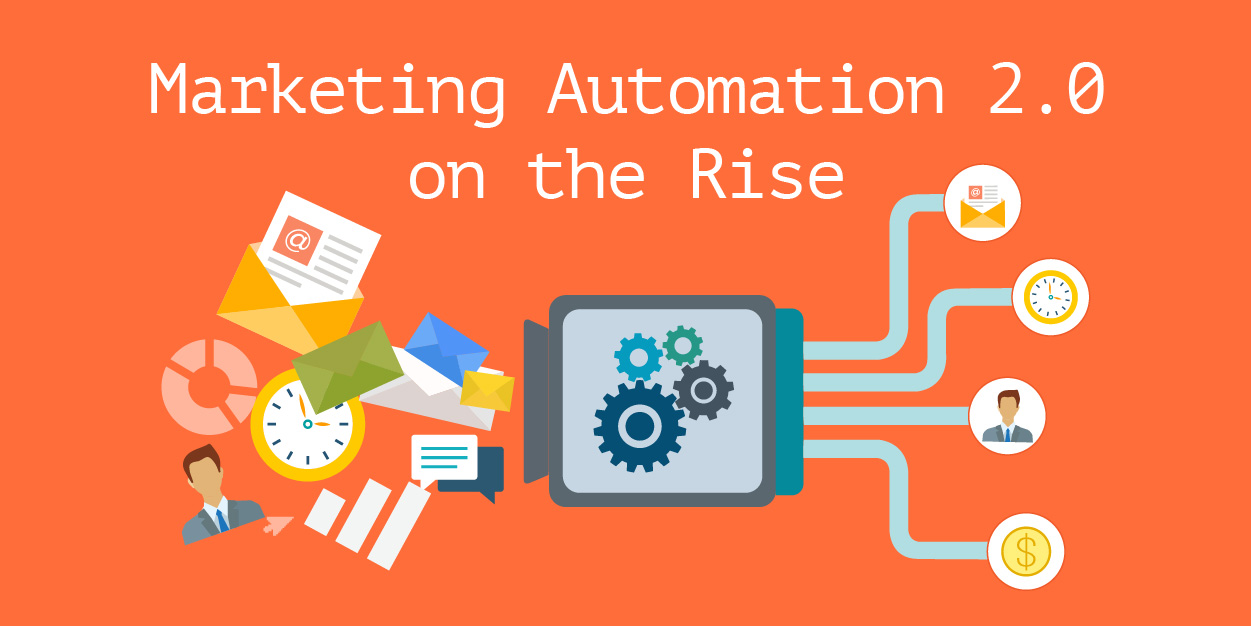 According to 2016 ‘State of Marketing — Salesforce Research’, the best-in-class marketing organizations deploy as many as 14 tools on an average. The report also found that a cohesive customer experience is possible only through integration and automation across tens of data sets, channels, and applications. The new era of marketing requires us to focus on automations across such hyper-connected networks.

The future of marketing is not about messages; it’s about creating contextual experiences. Given the variances in data structure, tools, and workflows in the industry today, only an Automation 2.0 framework can support this future.

According to Digital Ocean, 85% of high-performing teams implementing loT-based marketing, rate their results as ‘effective to very-effective’ at helping them create cohesive customer journey (Source: LinkedIn). 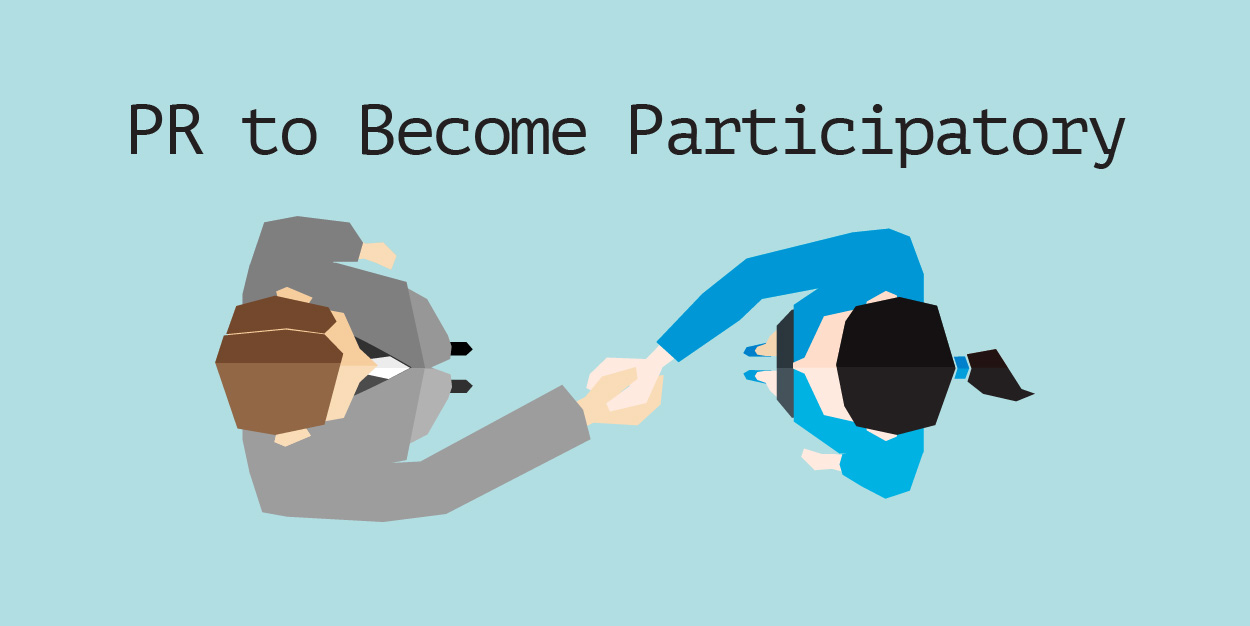 Publishers no longer control the narrative of propaganda and PR today. Instead, a collective engagement of both the publisher and the consumer makes for a powerful and engaging narrative setting. Users today have as much content generation ability as the brands they interact with, thanks to the multitude of apps, technology, and tools at their disposal.

The power of ‘participation’ was evident by the 2016 US presidential election. When searching for ‘Election Results’ users were directed to a fake news story that stated that Donald Trump had won the popular vote. With over 325 backlinks, 45,000 shares on Facebook, and hundreds of comments, this article beat CNN hands down. Agree the fake news site was probably a bottom rung publication, yet it was able to change the narrative through ‘participatory propaganda’. 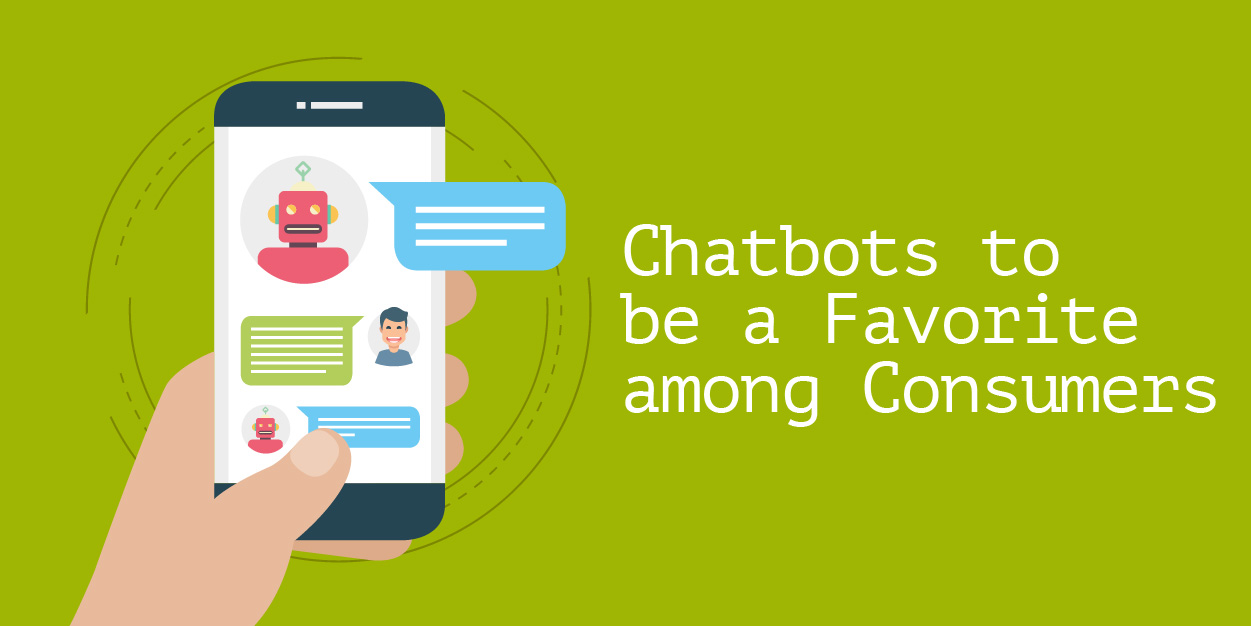 According to a recent Myclever study, about 70% of consumers prefer engaging via a chatbot rather than an app. The study also revealed that consumers consider chatbots to be the fastest way to find answers to their queries. Forbes writer, Blake Morgan, believes chatbots are the future of ‘customer experience’ and have the power to replace search windows and many apps in the not-so-distant future.

The case in point is AdRoll that has been using chatbots to empower its sales development rep (SDR) team to increase the number of calls by 13%. What’s more, the SDR team now sets up almost 50% of all appointments via chatbot.

Marketing consultant and best-selling author, Jay Baer, has begun using a chatbot to communicate with his audience and has been seeing almost ten-fold increase in open rates and a five-fold increase in click-throughs.

Chatbots are going to be an irresistible temptation for marketers in 2018. They are gaining customer insights, using AI to get smarter, learning to negotiate, and getting more affordable!

It is clear that marketing in 2018 is going to be hyper focused on purpose, context, participation, and technology. To succeed, business organizations must ensure that they are listening to their customers, and relating to them through relevant, timely, and engaging content.

Madhuri Keta
The Game of Sales, done the GE Healthcare way!
Content Marketing: The fuel to rocket your product to success