The Game of Sales, done the GE Healthcare way! 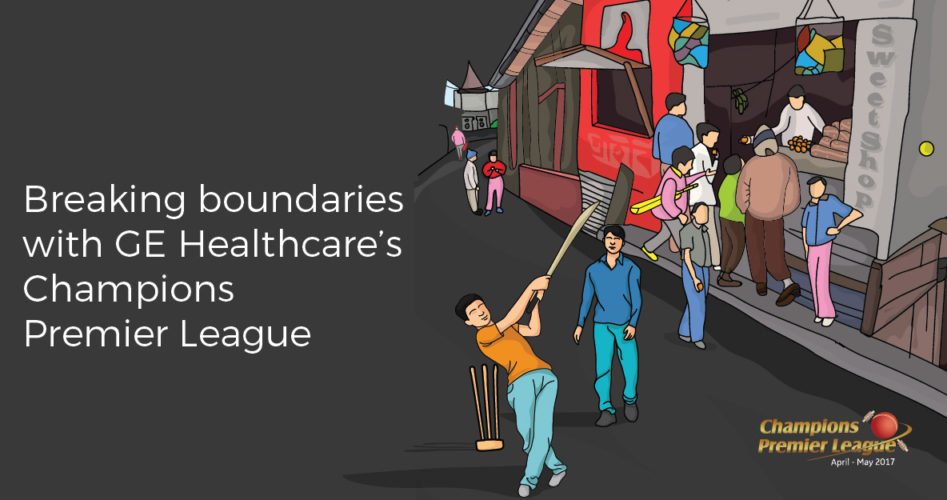 When Henry Ford said that nothing happens until someone sells something – we reckon he wasn’t joking. But motivating any sales team to constantly push themselves to achieve higher targets in shorter time spans isn’t an easy task. However, businesses have finally cracked this code by making employees an offer they can’t refuse: competitions and incentives!

But here’s the tricky part. For many individuals, competition and incentives may not necessarily drive performance and results.

That’s why, GE Healthcare approached us to conceptualize a campaign that would motivate their sales team to perform better, reach higher targets, and win big at every step!

After days of stepping into the shoes of sales representatives, seeing the world through their eyes, and walking their talk – we zeroed down on a campaign we called, Champions Premier League. Largely influenced by the Indian Premier League, this campaign successfully ran for its second consecutive year in 2017 – albeit with a twist.

While we kept things simple and straightforward for its founding year, we decided to take things up a notch for its second year. Based on the theme of ‘Galli Cricket’, the campaign was  spread across eight weeks with 15 participating teams. Each of them were given a set target to achieve, with spot awards and winners announced every week. What’s more, the campaign was promoted across multiple channels through posters, flyers, mailers, videos, scoreboards, and even a customized anthem!

And the big prize?

Tickets to the IPL, signed memorables, merchandise, live screenings, outdoor experiences, and much more! With so much to win, who wouldn’t want to put their best foot forward and knock those sixes out the stadium?

No matter what the ask, internal communication campaigns are becoming more and more relevant with each passing day. Companies are recognizing the need to keep their employees interested and invested at all times – and a 360° campaign is as good as it gets. If your organization is in search of a similar strategy – one that can drive profit as well as participation – reach out to us at +918030412990 or mail us at: reachus@pinklemonade.in.