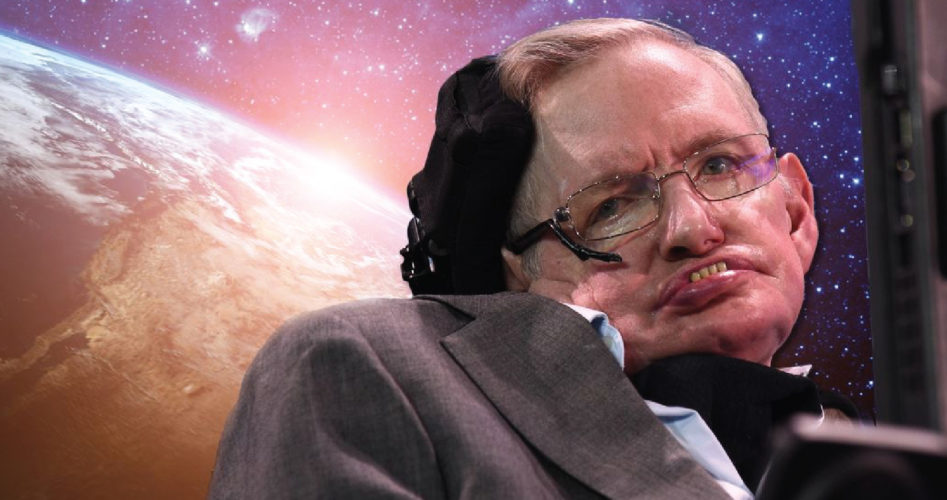 Besides being one of the most recognized names in science, Stephen Hawking is the only academician to achieve the status of a cult figure. A number of brands were quick to take notice of his seamless cross-over from science to pop culture and capitalized on it to boost their popularity. So, let’s take a closer look at how some eminent brands leveraged his immense star power to set themselves apart.

Comic Relief, a well-known UK-based charity, released a hilarious video last year to promote their annual fundraising campaign, Red Nose Day. And the way the brand portrayed Hawking’s famed wit and dry sense of humor caught the eye of the audience. Hawking, who had the same computerized voice for over 30 years, watches videos of celebrities such as Liam Neeson, Stephen Fry, and Gordon Ramsay desperately auditioning to be his ‘new voice’. In his typical self-deprecating style, Hawking concludes, “I’m pretty happy with my new voice though, I think it’ll give my lectures a bit more oomph.” Needless to say, Comic Relief’s decision to feature the who’s who of the entertainment industry created  widespread awareness and long-lasting brand recall.

Hawking was a living, breathing example of a person who was not just living with disability, but also achieving greatness,enabled by Intel’s innovations. In this short film by, we see the world-renowned scientist talking about his two decade-long connection with Intel. Hawking expresses his gratitude by acknowledging how the brand allows him to do what he loves every day, considering he lost his ability to speak over thirty years ago. The film was a masterstroke by the Intel, which featured Hawking to establish itself as a leading player in assistive technologies.

The advert for Jaguar’s F-PACE SUV opens with a young man driving through the mountains to meet his master— Stephen Hawking. The entire advert has a Bond-esque feel, and was part of Jaguar’s British Villains campaign that was launched at the 2014 Super Bowl. While most automobile brands would typically want ‘heroes’ as their ambassadors, Jaguar embraced Britain’s most well-known evil-doers. Its previous adverts featured popular actors like Sir Ben Kingsley,Tom Hiddleston, and Mark Strong. But in a surprising twist, scientist Hawking is introduced as the ultimate mastermind — a clever move that set Jaguar apart from its competitors.

In a 1994 ad for BT —  an international communication company working in the broadband, phone, TV, and mobile space —  Hawking highlights the power of speech, saying “mankind’s greatest achievements have come about by talking”, and its greatest failures often come from “not talking”. The ad was a major boost to the communication company, as Hawking leveraged BT’s technology as the path to a flourishing future. What’s more, the ad remains exceptionally memorable since it inspired Pink Floyd to include Hawking’s voice on a track from their cult 1994 album, Division Bell.

A film for British optical retail chain Specsavers, depicted the scientist being flown around the solar system. While gazing at the earth and the moon, Hawking speaks of the importance of vision, saying, “I had always hoped to see this in our lifetime. I have been wondering about the mysteries of the universe since I was a child.” The ad was written and directed by Specsavers’ then in-house creative director, who remarked that a personality like Hawking helped bring gravity to a subject most people take for granted. Moreover, his endorsement did wonders for the brand, as the film became the most-recalled TV advertisement for weeks in the UK when it originally ran.

The world of science lost one of its brightest stars on March 14, 2018. While Hawking’s brilliant contributions to physics will ensure he lives on for generations, his iconic status in pop culture cemented his place in the universe of advertising as well.